Putting Lie Angle mostly affects direction control and very little in distance control.  Since the putter has loft usually 4 degrees the putter is designed to sole correctly on the ground so the putt will go in the exact direction the putter is pointing.  The picture below shows a properly soled putter.

If the putter had no loft at all misdirection from a improper lie angle would not exist but then one would have trouble with distance control because no loft causes increased bouncing after impact.
If the lie is incorrect it changes the center of gravity of the sweet spot and reduces the solidness of the hit which affects the distance control.  Also sidespin is created with toe up producing a hooking spin and toe down producing slicing spin.  Fitting proper lie angle on a putter is very important to achieve directional control .

Lie angle ranges from 68 degrees to 78 degrees with the average 70 to 72 degrees.  Keep in mind that the angle cannot exceed 80 degrees as it is illegal according to USGA rules to have a putter less than 10 degrees from vertical which is 90 degrees.

There are a number of  ways to properly fit the lie angle to the golfer and should only be done after the proper length of putter is determined.  If the putter needs to be more flat or upright it  can be changed in a putter  bending machine.  I use a magnetic protractor to measure lie angle and then adjust in the machine to that measurement.  It is important in bending a putter to not affect the loft therefore it is important to find a skilled club fitter. ​ 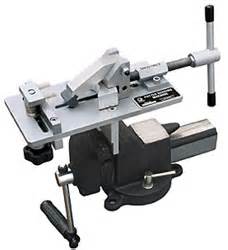